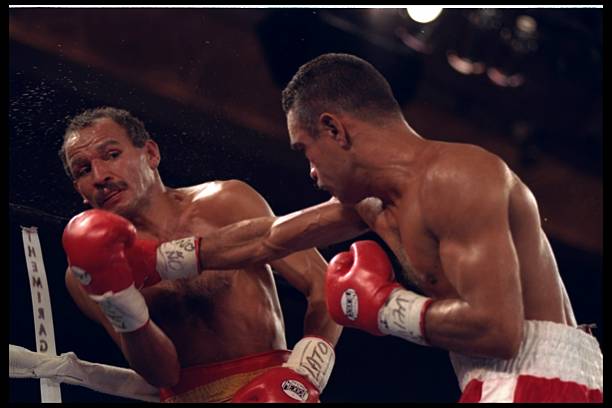 Oddsmakers had Rojas a 2 to 1 favorite to win the bout. First five rounds are fought at a tremendous pace by both fighters. The sixth sees Rojas begin to move and box more, utilizing his height and reach advantages. Late in round 6, Rojas caught with a flush Vasquez straight right power shot that temporarily stuns him. He uses his experience to survive the round. Coming out throwing bombs at the start of the 11th, Vasquez soon finds a left hook that wobbles Rojas, who is then knocked into the ropes by follow up right hands for a referees count. Moments later, a series of hard left and right hooks from Vasquez violently knock out Rojas.

Prev8 of 10Next
Use your ← → (arrow) keys to browse
Advertisement